Demotion a Success! Kasper Strums off Into the Sunset… 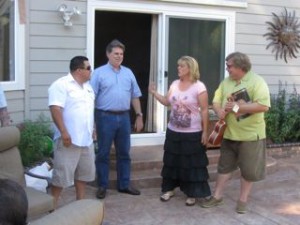 It was three o’clock in the afternoon and the sun was high.  The Hawai’ian music was floating on the breeze.  The MaiThai’s were flowing freely…

PP Jim did a great job at the luau themed event, in honor of the departing “Big Kahuna” Jeff Kasper.  The food was great (especially Jeff’s favorite — SPAM Sushi!  Karen & Richard Valles offered up their home, the perfect setting for this festive Luau! 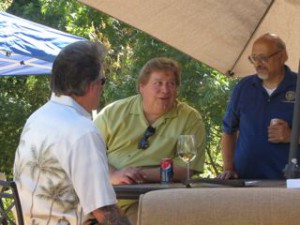 A majority of the Club was in attendance, with Kevin actually daring to bring his whole family! (The new baby is really getting big!) Elusive Laura Hoffmeister was even there live, and in person! 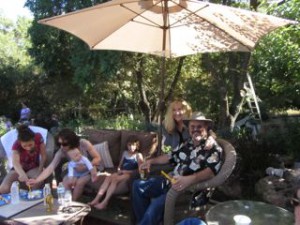 Kasper had said that he “Didn’t need anymore plaques!”  So PP Jim came through with a beautiful Ukelele!  (He was also kind enough to include a lesson book)  Kasper gave gifts of the islands to the Board members for their support (thank you Mrs. Kasper for putting these together), including an inspirational Rotary item for each member. 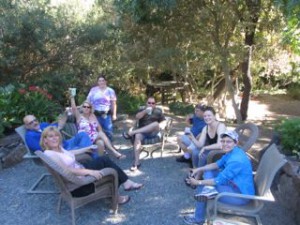 Eric will officially take the reigns at the July 11th meeting – but he’s in charge now!  Jeff can be found strumming his uke, so far he’s learned “Are you sleeping?”, “Mary Had A Little Lamb” and “Twinkle Twinkle Little Star”  Look for the album on iTunes!