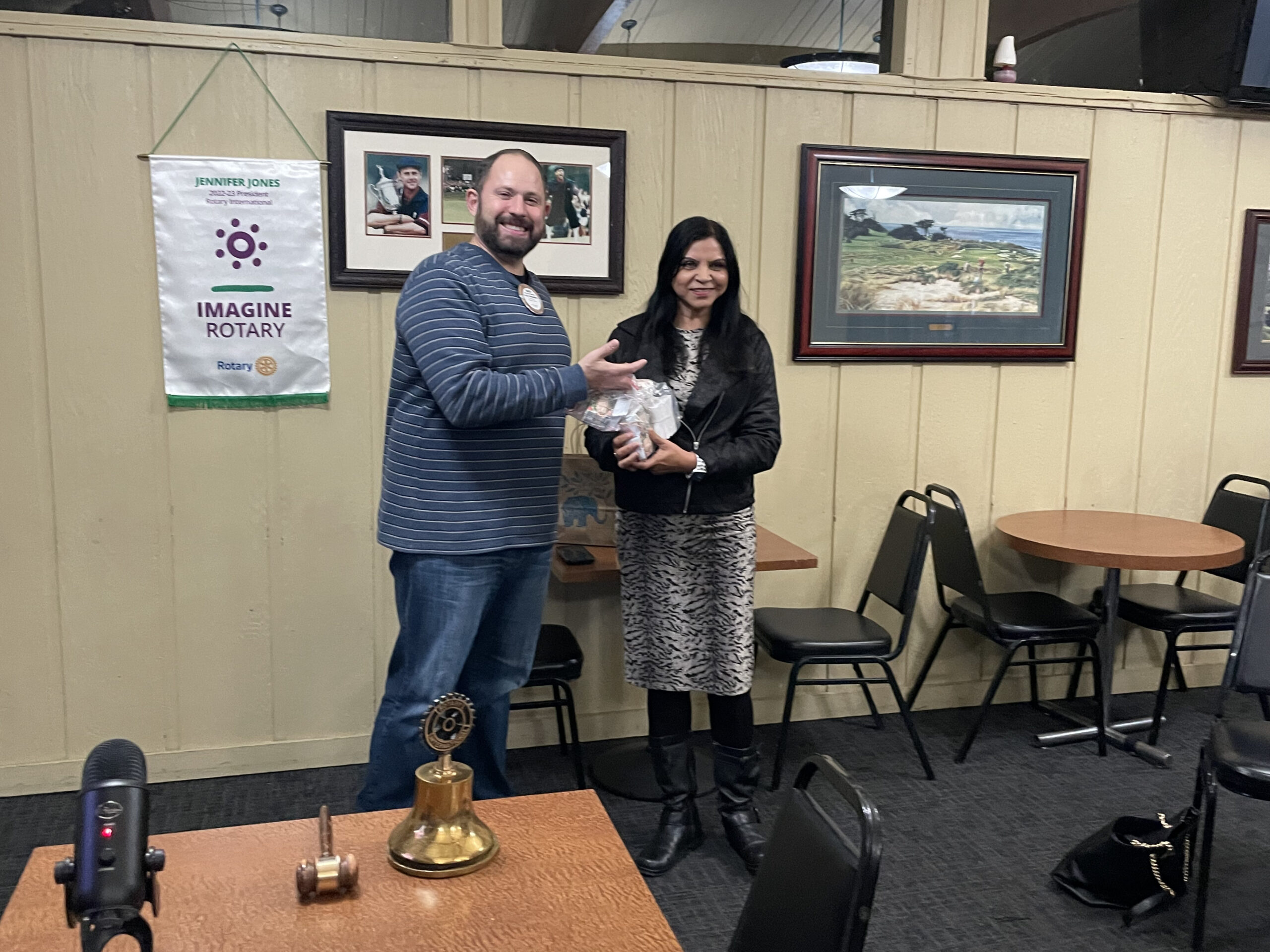 At the November 9th meeting of the club, the Rotary Club of Concord-Diablo Charitable Fund continued their annual tradition of donating gift cards to families served by the Cambridge Community Center in Concord, CA.

This tradition started in the 1980’s and has come a long way since its inception! Originally billed as a Thanksgiving Chicken Give-Away, club members would buy the chickens from a local supermarket. Then, on the appointed day, they would physically distribute the frozen chickens to families.

More than one member almost lost a finger from frost bite. Not to mention having to keep poultry at a proper temperature so that it didn’t become a salmonella giveaway!

Thankfully, gift cards were invented! This meant that families could get what they wanted, without Rotarians risking frost bite! It really has been a win-win for so many!

Special thanks to FoodMaxx, who offered the cards at a discount to the Charitable Fund, which allowed us to serve even more people!

Back to the Future 5160 District Conference